This was the final day of our trip. (Frowny face.) Despite the fact that we had to be at the airport by 1pm, we managed to cram in one final activity and have a few laughs in the process.

Here’s a photo of me carrying my bags up the steps from the condo to our rented jeep:

On our way to the airport, we stopped at a small outdoor market: 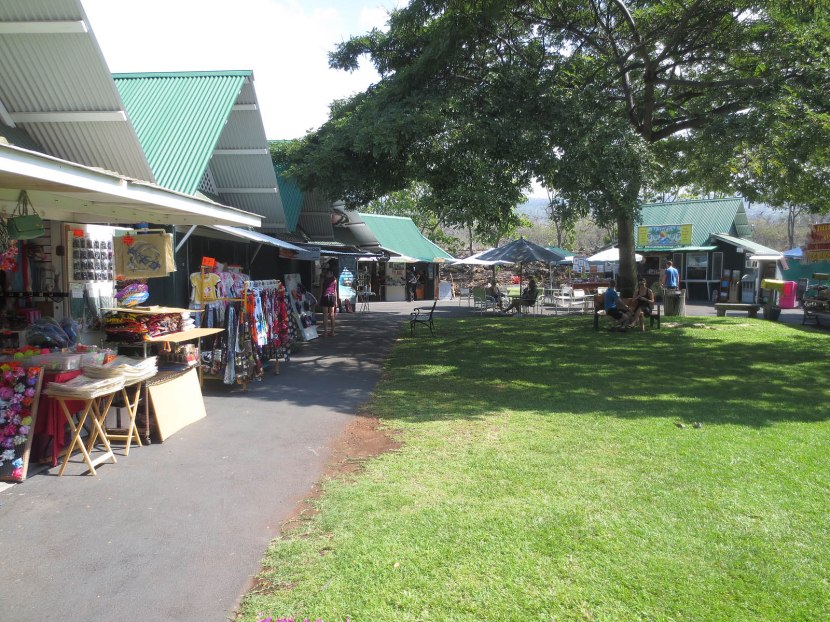 While Martha and my mom shopped for clothes and jewelry, I checked out the food and ended up buying these: 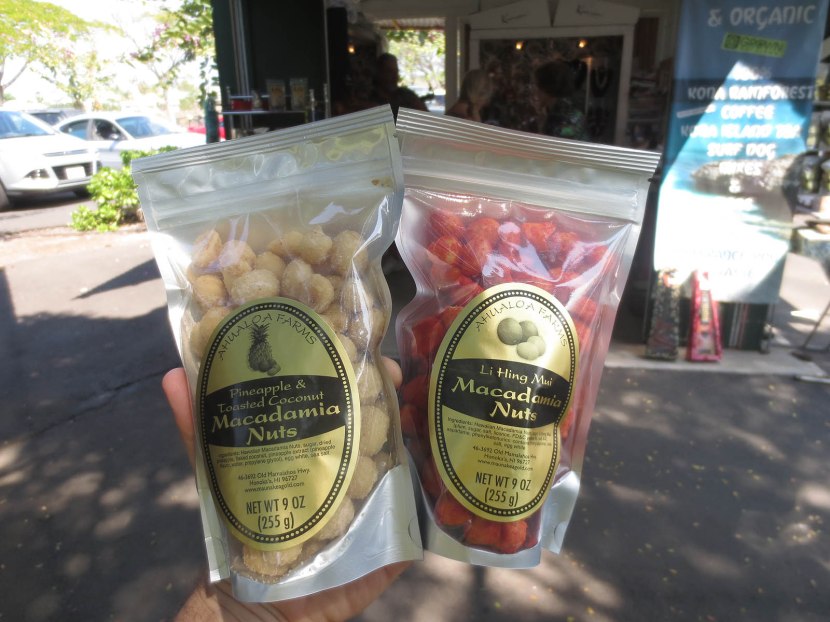 Did you notice the ingredients on the package on the right? Neither did I at the time. Li hing mui is a popular, plum-based flavoring in Hawaiian cuisine. Martha Googled it several hours later and regrettably informed me that it contains aspartame — a controversial artificial sweetener. Some people (like my mom, who knows a LOT about nutrition) are convinced that it causes cancer; others (like my friend Hayley, who’s studying organic chemistry) insist it’s harmless and point to the scientific studies that’ve proven it. Any aspartame experts out there? Should I eat the damn nuts or tie the package to a cinder block and dump it in the Hudson River? (I’m back home in New York now, so dumping it in the Pacific Ocean is no longer an option.)

To prove how nutritionally-savvy my mom is, here’s a photo of her eating a banana while standing in line at the Kona airport: 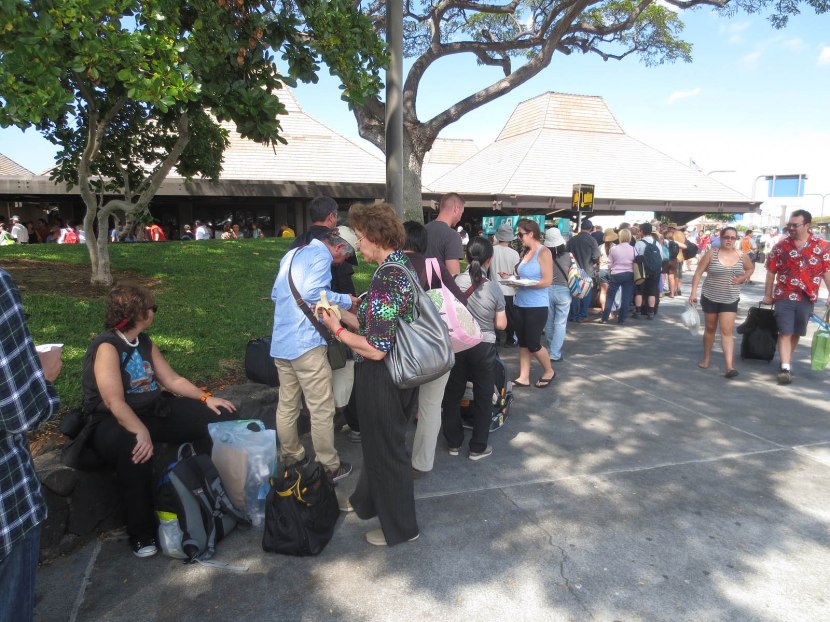 Eventually I found an outlet near our gate and used my laptop . . .

Then, after a brief layover, we had a nine-hour flight to New York City. (The flight from New York to Honolulu was two hours longer — something about the tailwind.) (I’ll show you some tailwind!)

Remember the “gourmet” donkey balls from my Day 8 entry? Well, it was finally time to indulge.

First, though, Martha posed with the soon-to-be unsealed package . . .

They were quite good, but not amazing. At $1.75 per ball, I was anticipating something life-changing — something with different layers of chocolate . . . different textures . . . maybe some toffee and powdered sugar like these magical nuts that I’d encountered earlier in the trip. But no. Each donkey ball merely consisted of ordinary chocolate surrounding an ordinary macadamia nut. Have a look for yourself:

To be clear, I love chocolate and macadamia nuts so much that any combination of the two will surely be delicious. What I’m saying is . . . these donkey balls were on the lower end of the “delicious” category. You dig?

That’s pretty much where the story ends. The flight still had a long way to go . . . 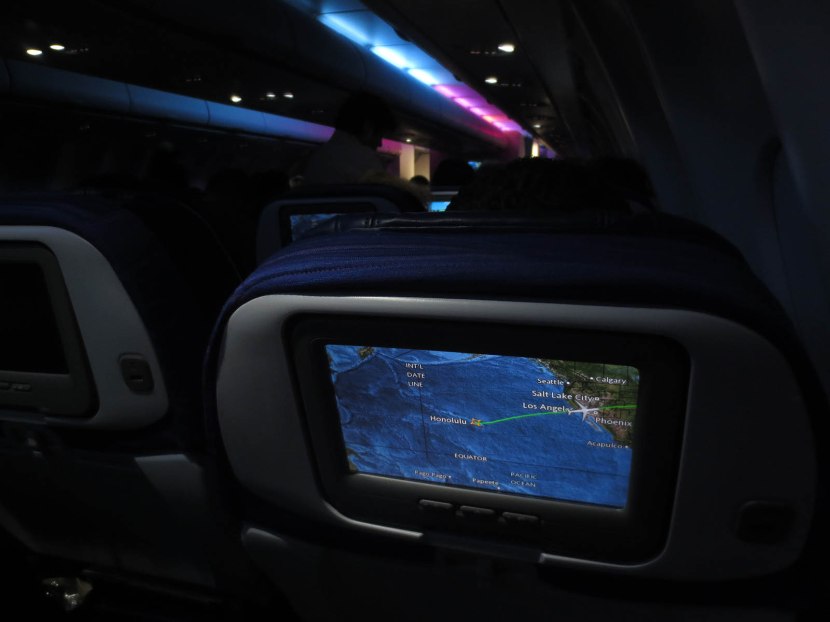 . . . and I’m sorry to admit that Martha beat me at Scrabble. (Hey, even Babe Ruth was known to strike out on occasion.)

I’m not sure where my next big trip will be. I’ve heard that Major League Baseball is thinking about playing a few regular-season games in Australia in 2014. If that happens, I’m going — no doubt about it — and if it doesn’t, then I might need to go to India. Chicken tikka masala, baby! Here I come! (There’s no aspartame in that, right?)