Japanese people are great. I really love ’em. But they don’t know anything about bacon. Take a look at the photo below and you’ll see what I mean. It shows the “American” breakfast that the hotel staff brought to our room:

After breakfast, we had an hour before we were gonna have to check out, so we changed into our robes one final time and luxuriated in the baths. Here’s my half-sister Martha using a foot-massaging machine just outside the women’s entrance . . .

. . . and here I am in a nearby hallway. Don’t be alarmed by my skin-colored two-toed socks: 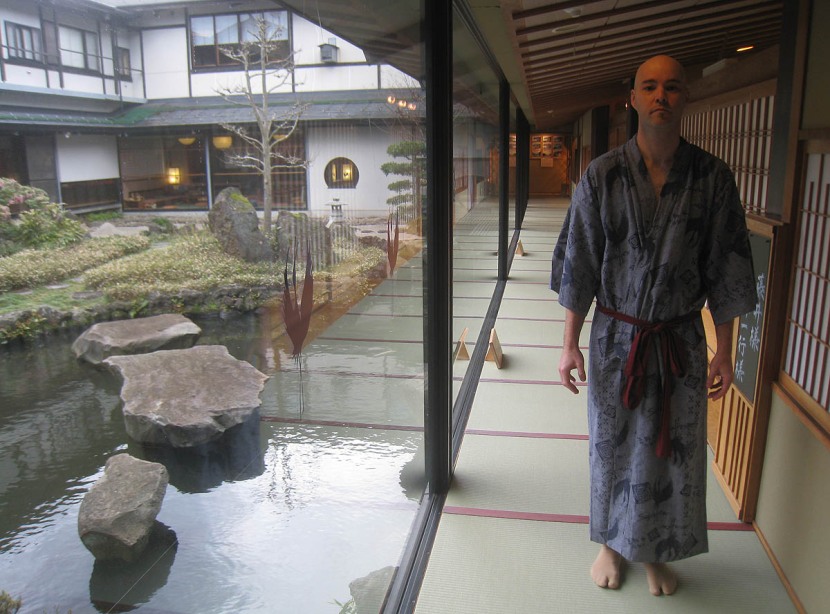 The relaxation ended soon after, and before I knew it, we were waiting for a train from Kinosaki-Onsen to Kyoto. The train was delayed — unusual in Japan where everything is incredibly efficient — so I passed the time by playing with my camera:

This was my dreary view from the train:

Halfway through the two-hour ride, I got up to use the bathroom, and when I locked the door behind me , I realized that I was going to have to return with my camera. Here’s why:

The train station in Kyoto is huge (here’s a photo of one part of it from my Day 5 entry), and we ended up taking the wrong exit (or maybe it was the right exit?), which led directly into THE BIGGEST electronics store that I’d ever seen. Here’s what it looked like just inside the entrance . . . 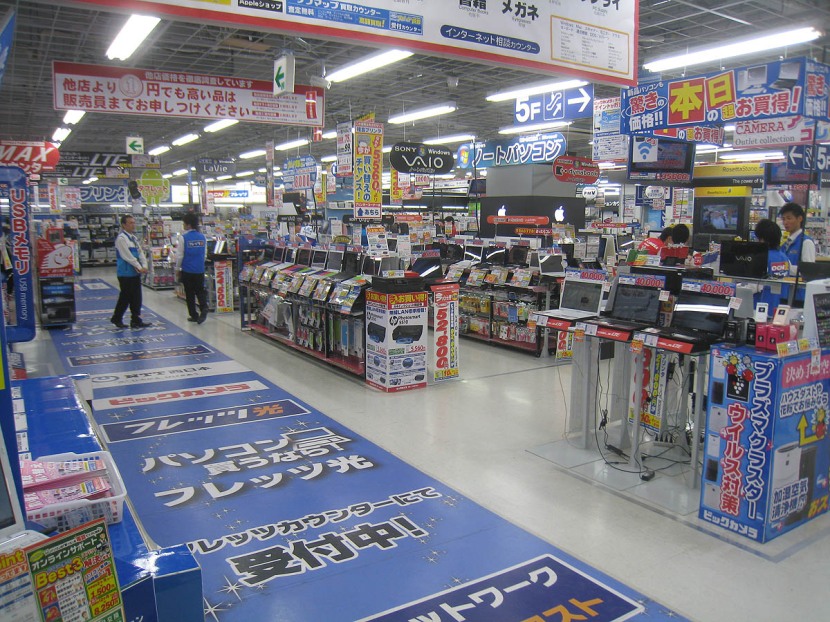 I enjoyed seeing an entire section of rice cookers: 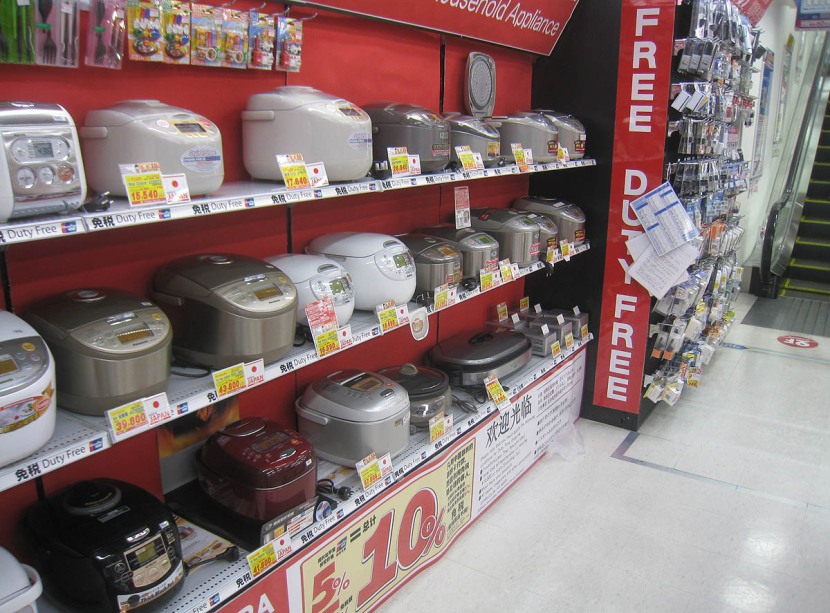 I also enjoyed seeing the Miller Park sausage race on one of the TVs.

How’s that for random?

The weather was awful in the early afternoon, so we lingered in our hotel room longer than we wanted. This was the view: 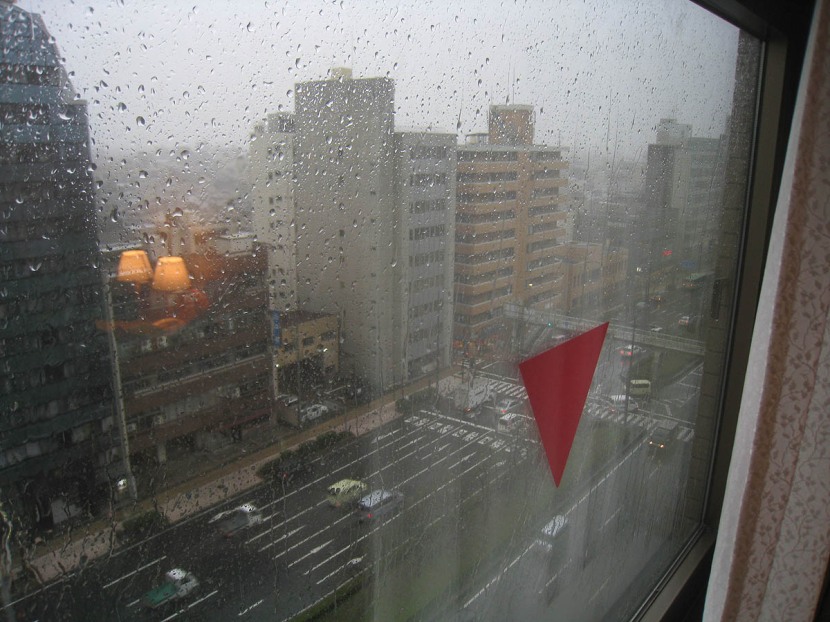 When the rain subsided, we headed back out . . .

. . . to our favorite Ramen place from Day 5. I ordered the same thing: pork dumplings and spicy pork soup with noodles and scallions:

It rained sporadically throughout the afternoon, but we managed to stay dry by spending most of our time here: 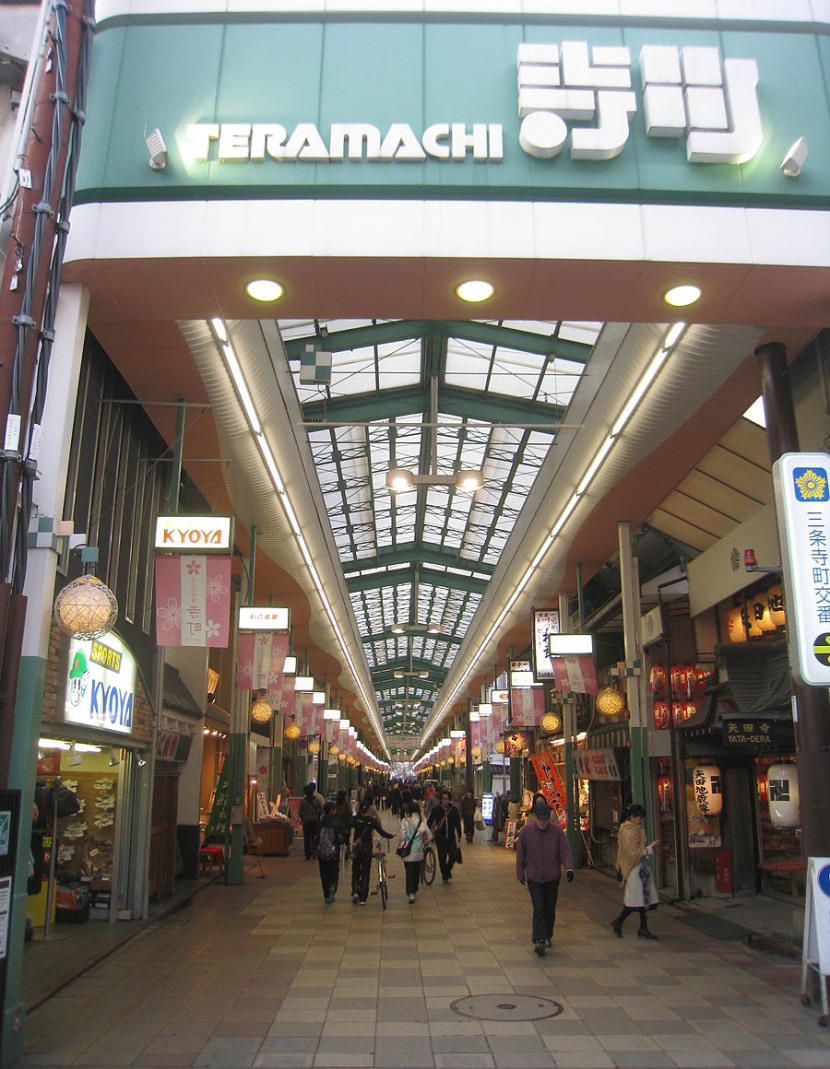 The single greatest thing I saw at the mall, if not in all of Japan, was the following bunch of mannequins at a clothing store:

“Hey, ladies, see how nice your ass is gonna look when you greet people by bowing?!”

Another great thing that happened in the mall was the discovery of this t-shirt:

It says, “baseball fanatic.” How perfect is that?

Check out a few of the other shirts:

Here’s some more baseball at the mall, and it couldn’t have been more random:

The photo above shows a hair salon — I only know that because it says so in English on the sign — so why are there baseball decals on the window? My only explanation is that the people of Japan love the sport.

We made it back to the hotel at around 6pm and hung out in the room for a couple hours. It was still cold and damp outside, and I was exhausted, but dammit, this was our final night in Japan, and I wasn’t quite ready to pack it in. I suggested to Martha that we go get a massage — nothing incredibly scandalous. Seriously, I wasn’t looking for anything crazy. As long as there was a woman and some oil involved, I was set.

We ended up finding a place near our hotel that had the following sign:

Yeah, well, that’s not exactly how things went down. The people at the massage place spoke *NO* English, so it was impossible to communicate what we wanted. You’d think that simply pointing to a certain type of massage on the sign would’ve done the trick, but no, for some reason, it still wasn’t clear. Evidently, because we asked for a half-hour massage, there wasn’t enough time for the full-body treatment with oil, so we had to keep all our clothes on, which sucked. That’s no way to get massaged. But that’s not all. The massage itself was brutal. It didn’t make me feel good. It didn’t make me feel relaxed. I was literally poked and prodded for half an hour, and I was in pain. And because of the language barrier, I couldn’t ask my massage therapist to be gentler. Notice how I used a gender-neutral term? That’s because these were the people who massaged us: 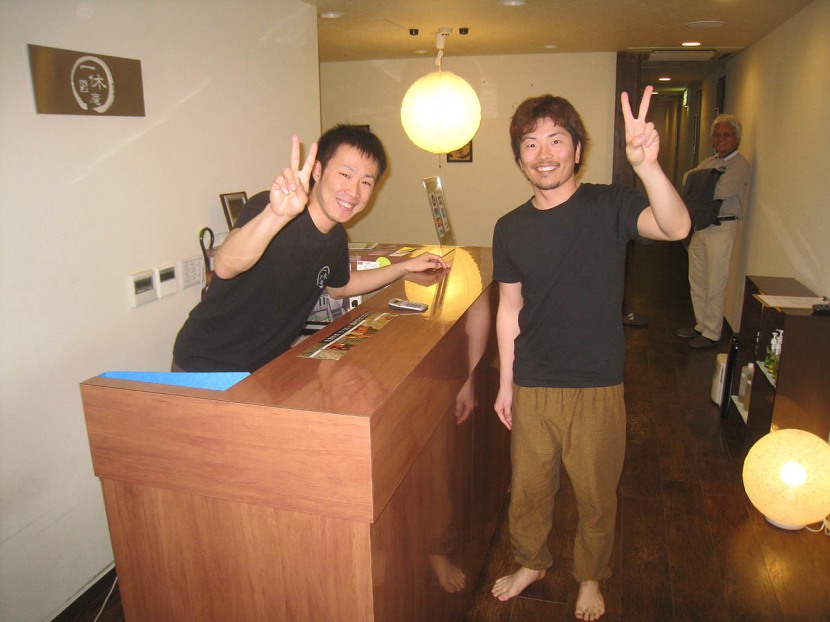 The guy on the right massaged me, so maybe it’s just as well that I’d kept all my clothes on. But wait, there’s more. The massage people assumed that Martha and I were, ahem . . . together, so they put us in the same room for a “couples” massage. The whole experience was so bad that it was laughable, and I know we’ll be joking about it for decades.