As I mentioned at the end of my last entry, I’m going to Games 3 and 4 of the World Series. Now I want to show you where I’ll (most likely) be sitting.

First take a look at my tickets: 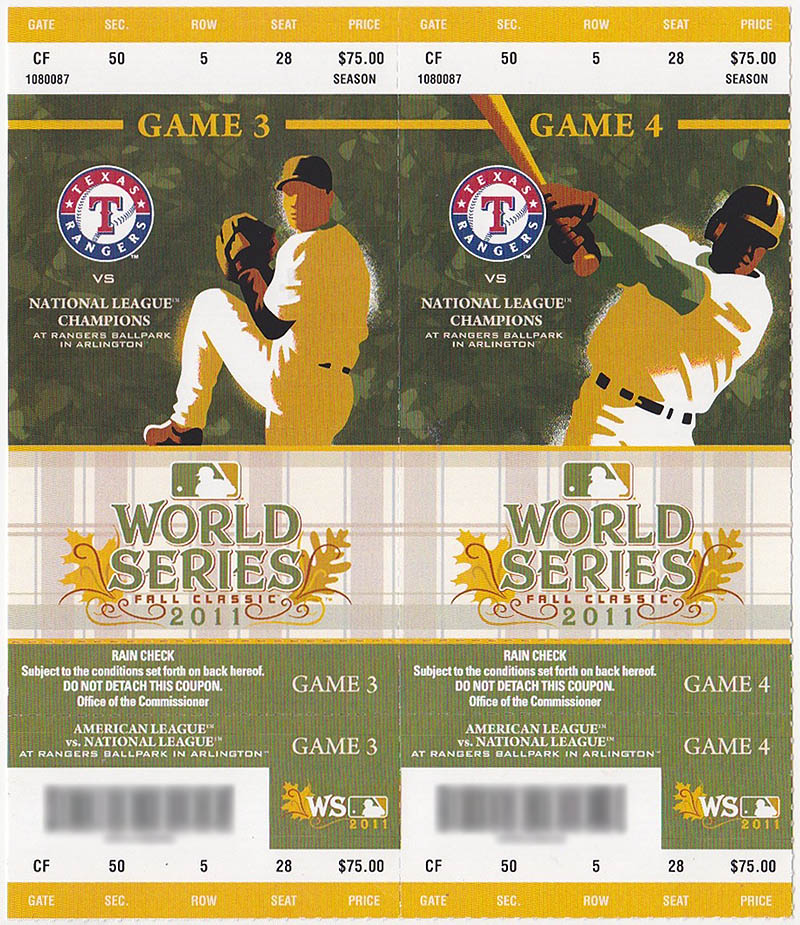 As you can see, I have one ticket in section 50 for each game. Check out my seat location on the following seating chart (which I grabbed from StubHub): 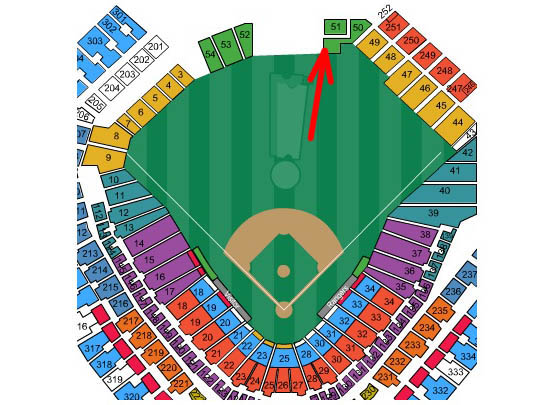 Now check it out in the following photo (which I grabbed from my own blog entry): 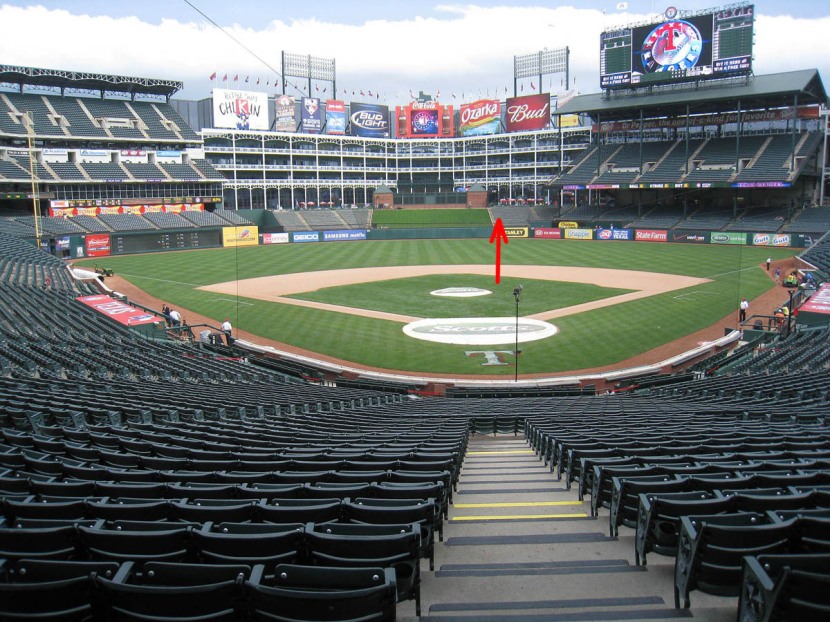 Do you see that huge grassy area to the left of my seat? I’m *hopefully* going to be sitting right next to it, and if that happens, I’ll be able to run out there if anyone hits a bomb to dead center. Why hopefully? Because the end seat (closest to the grass) is No. 30, and my ticket is No. 28. Somehow I’m going to have to convince the two people next to me to slide over and let me sit on the end. Any suggestions? I’m thinking I could offer them BP balls and/or signed copies of my books. If that doesn’t work, I’d even consider offering to pay them — but how much? Maybe I’ll get lucky, and the folks sitting next to me won’t be thinking about catching home runs balls — but what if they are? What if they refuse to move? I don’t know if I’ll stay there. I might wander all around the stadium in search of a better opportunity.

Assuming I do get the end seat, here’s another look at where I’ll be: 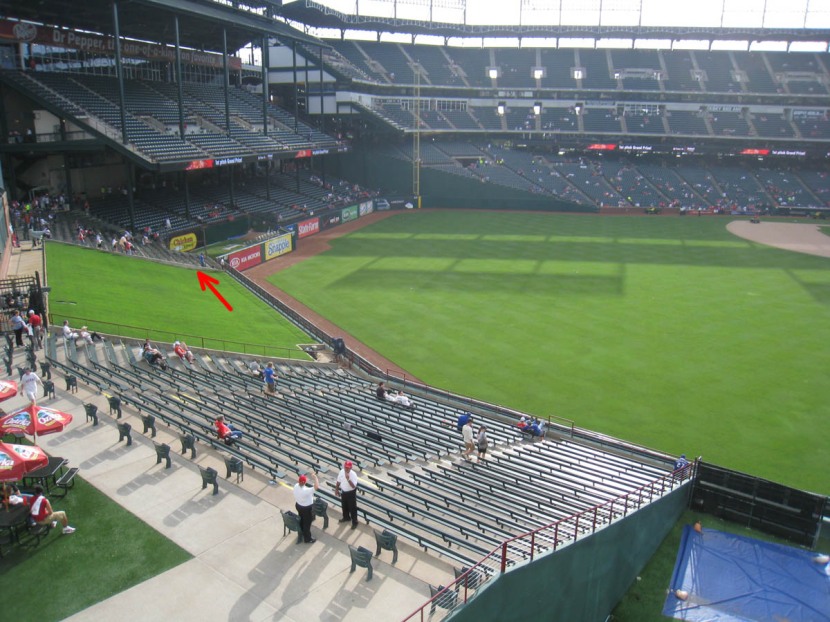 In order to make myself as visible as possible, I’m going to wear these shirts:

Right now, I’m planning to go with Homer Simpson for Game 3 and the BallhawkFest shirt for Game 4. I might switch them and save Homer for Game 4, but whatever, either way, I’ll be wearing yellow, so look for me on TV.

Finally, do you remember the 17-year-old fan who ran onto the grass and caught Kelly Shoppach’s homer during Game 1 of the ALDS? He made headlines because he threw that ball back onto the field as soon as he caught it — yes, the actual ball — and looked pretty damn slick in the process. His name is Trent Williams, and I’ll be sitting in his seat. He and I met on 4/25/11 at Rangers Ballpark, and we’ve become friends. He’s really into hockey, plays on a team, and will be out of town for Games 3 and 4, so he sold me his tickets. Now I just need someone (Albert Pujols?!) to go yard…