Want to see what New York City looks like with 18 inches of snow? I wandered around the Upper West Side yesterday — the day after the blizzard — and took a bunch of pics.

Here’s a side street between Amsterdam and Broadway: 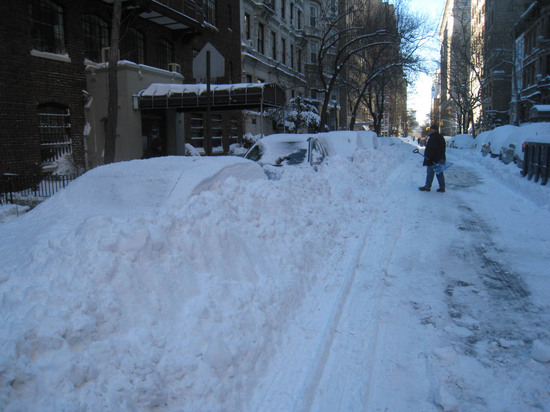 Here are some delivery bikes: 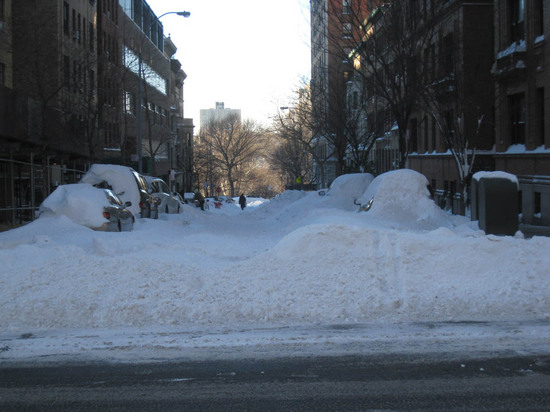 In the photo above, the building waaay off in the distance is in New Jersey, on the other side of the Hudson River.
Here’s my friend Maria (in the white jacket) and my half-sister Martha (wearing black) near some book tables on Broadway:

They dragged me to Urban Outfitters and proceeded to try on every single piece of the clothing in the entire store.
Here I am with Martha… 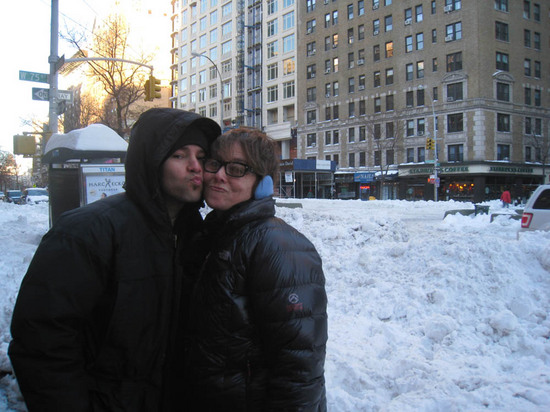 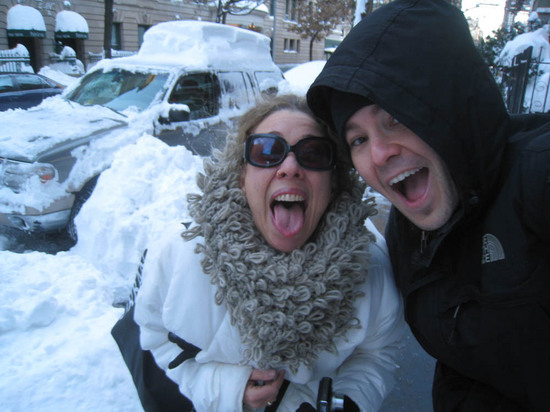