You know how much I love photos, right? Well, two weeks ago, I discovered that my mom has TWENTY-SEVEN slide carousels filled with long-lost images from way back in the day.

The solution?
Lots of free time and this Wolverine F2D slide converter, which I bought for about $85 on Amazon.
Here’s my work station:

The red thing on the left is the actual converter. The black thing in the middle is the slide tray (with the top/cover open). The white circular thing on the right is one of the carousels.
The way it works is simple…
You place four slides onto the tray and close the cover so it clicks shut. Then you slide the tray through the converter, one image at a time. The converter has a light box that projects the pictures onto a little LCD screen…like this:

(In the photo above, the image on the screen was taken by my mom in Venice in 1972 — five years before I was born.)
Then you basically just click the “OK/COPY” button and push the tray over to the next slide. It’s a bit more complicated than that. There are several other buttons and settings, and it actually took me a while to figure out how everything works, but once I got it going…man. I’ve been flying along.
For those of you who’ve never seen a slide carousel, here’s a closer look:

Slides now seem absurd and clunky and antiquated, but several decades ago, this was cutting-edge technology.
Here are four of the carousels that I’ve already finished: 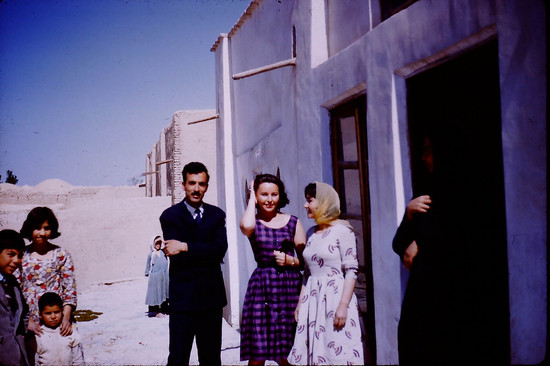 (She’s the one in the purple dress.)
She was 23 years old and went on a trip around the world by herself to Greece, Turkey, Israel, and yes, Iran.
IRAN?!?!
Of course, the world was much different back then, but still…damn.
I’ve found lots of old photos of my dad that I’d never seen before, including this one with me in Florida in 1985:

As you can imagine, seeing all these old photos has been rather intense — and at times quite sad. But it’s worth it. I feel like I’m rediscovering and reconnecting to my childhood.
Here’s one more photo of me from 1986 with my baseball glove. I was almost nine at the time: 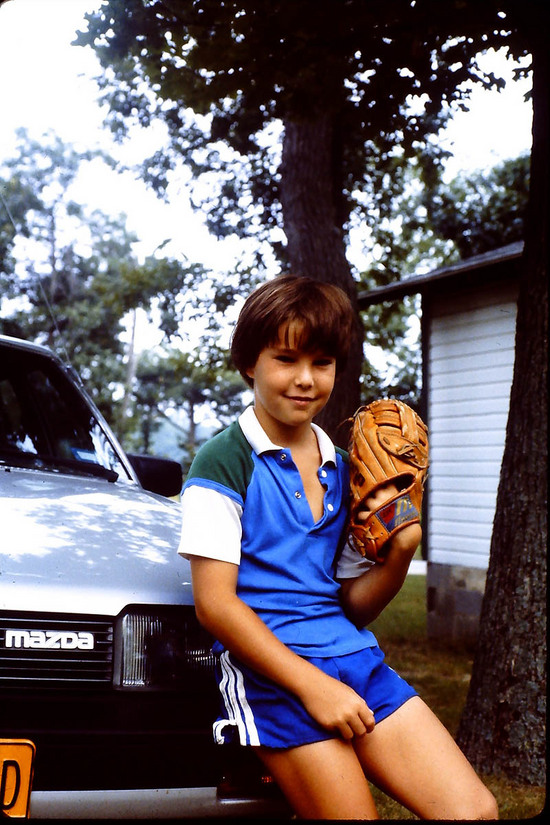 There are so many more photos that I’m going to share. In the coming weeks, I’ll post some here on the blog, and I’ll also add some to the photos page on my web site.
Okay, okay…ONE more of me for now. Here I am, age five, proudly lifting a heavy metal wheel of some sort over my head: 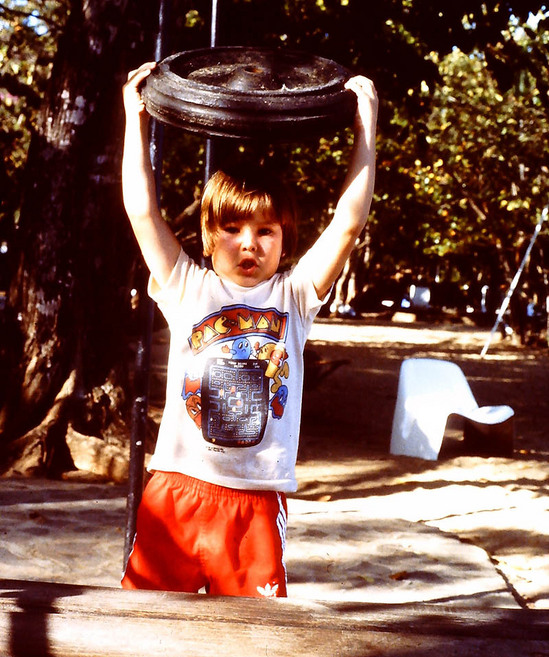 Did you notice my sweet Pac-Man shirt? Those were the days…