Way back in high school, when I had fewer friends and more free time, I decided to build a pyramid of baseballs. I knew I needed something around the bottom layer of balls–something to contain them so the whole thing wouldn’t collapse–so I built it in the narrow hallway outside my bedroom. The walls held the side edges of the pyramid in place, and I used other stuff to hold the front and back. It was pretty lame, and to make matters worse, I took just ONE photograph (with a non-digital camera), then scanned it way too small and eventually lost the original, so this is my ONLY surviving image:

Well, I built a new pyramid last week, and this is the story…

It started with a 14-block walk to Mike’s Lumber & Hardware on 88th Street between Broadway and West End Avenue. I was with my girlfriend Jona (who took the photo below) and my friend Brandon (who you might remember from earlier blog entries such as this and this and this):

I had decided that the best way to contain the bottom layer of balls was to build a wooden frame. That way I wouldn’t be a prisoner of the hallway or any other location, and I could make it as big as I wanted. How big? The bottom layer of my first pyramid was 13 x 13 (baseballs, that is) and I wanted this one to be bigger. I did the math, figured out how much space and how many balls it would take to make it 20 x 20 and decided to go for it. Naturally, I brought 20 balls with me to the lumber store and laid them out in a straight line so we could measure precisely and make sure to get the wood cut just right. Brandon took the photo below, and you can see Jona looking on: 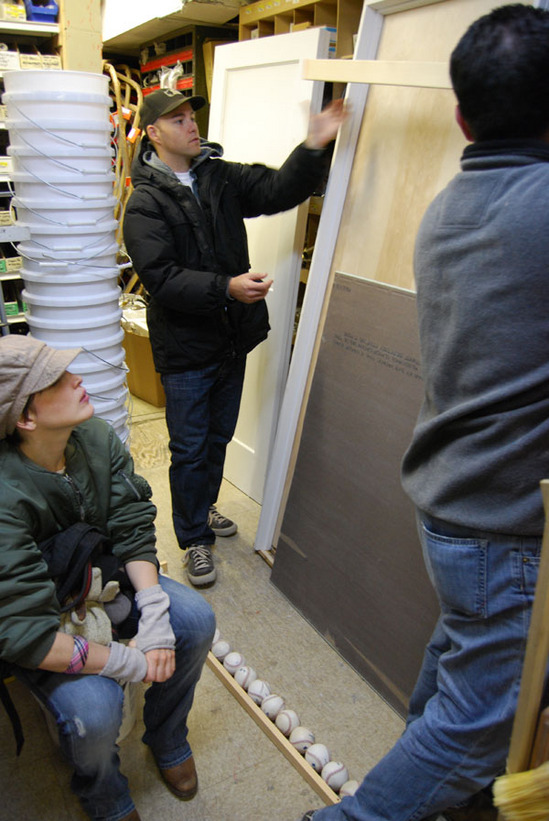 I asked one of the guys in the store if this was the wackiest thing he had ever worked on for a customer. He told me that two giddy women had once come in and requested wood for a replica stripper pole. (Gotta love New York City.)

Anyway, we carried OUR wood back to my parents’ place (where I still keep most of my baseballs), and I began putting the frame together:

Brandon was practicing his knuckleball grip while I was struggling…

…and let me tell you, it WAS a struggle: 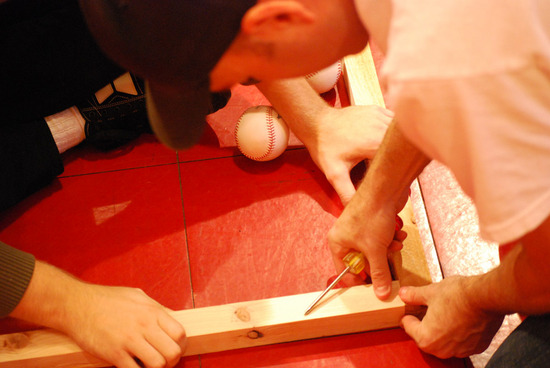 (What can I say? Carpentry has never been a strength.)

…before I screwed in the last of the L-brackets:

Poor Brandon was tired and picked a beautiful place to nap: 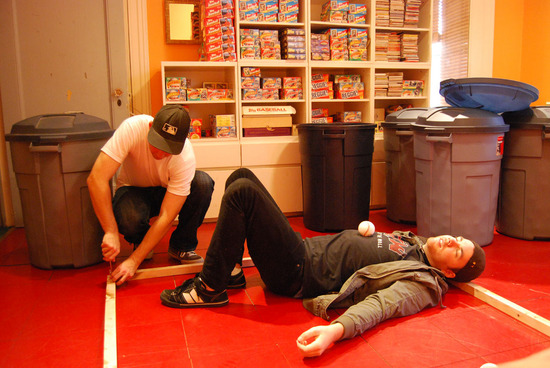 The frame was finally finished: 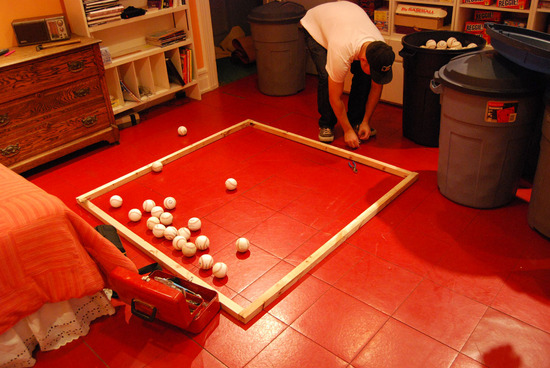 Then came the fun part:

Brandon helped me line up the balls into 20 neat rows of 20:

Here’s another shot of us working on the bottom layer:

The bottom layer was done, and Brandon insisted that I share this photo of it:

It was time to work on the second layer:

The dumping method was quicker:

Then it was on to layer No. 3 (check out the Apple IIGS in the background):

Jona helped for a bit…

Here’s a shot of one side of the fast-growing structure:

I stopped to admire it when it reached 13 layers–the final height of my first pyramid: 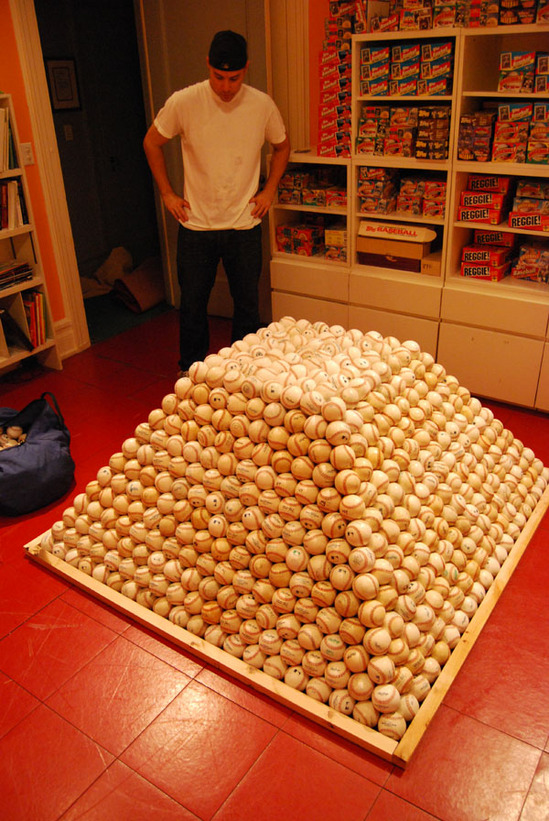 Finally, it was done: 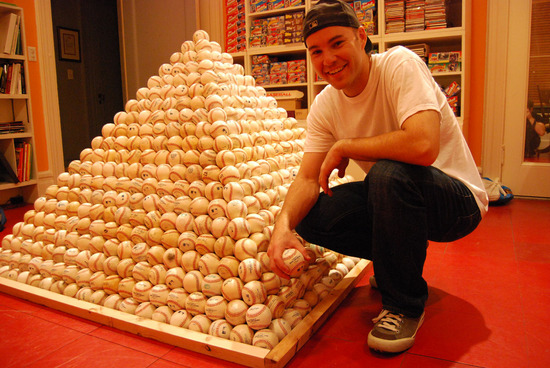 Brandon took lots of photos of me…

(Okay, Brandon, you like the Padres. We get it…)

Brandon suggested that I break out my old summer ball jersey: 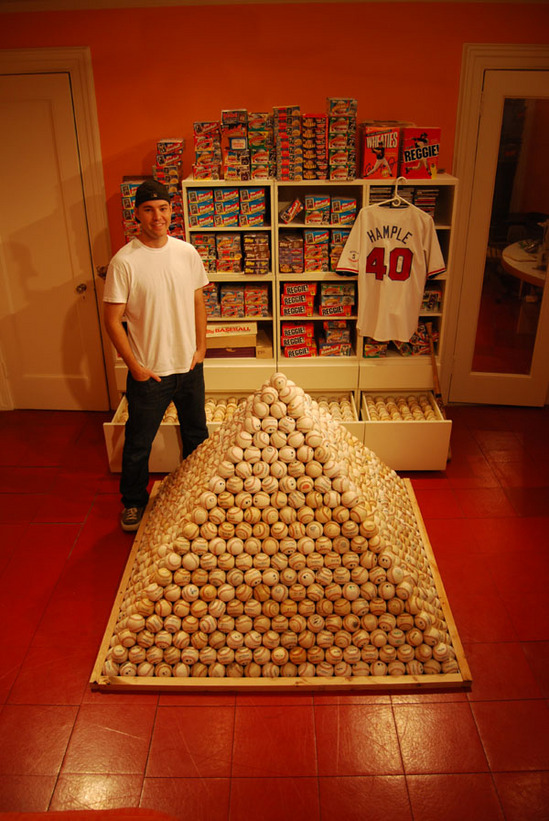 The following photo was also his idea: 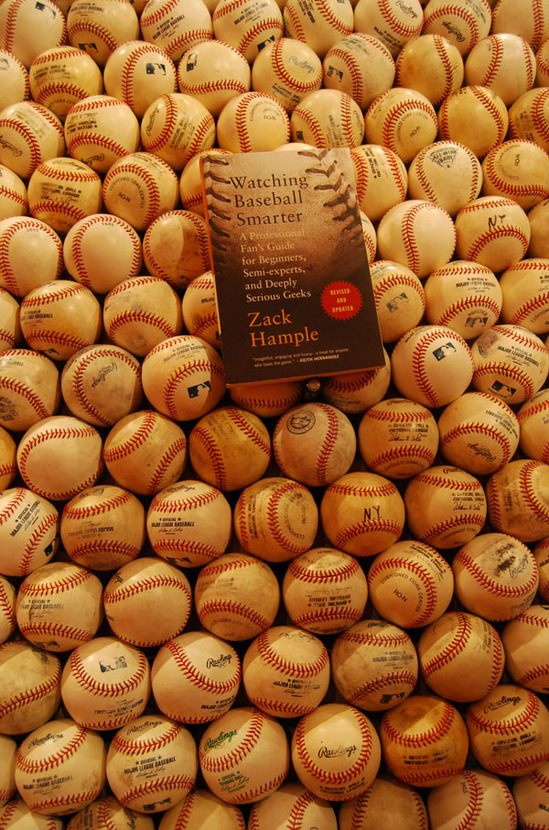 How cool a batting tee would THIS be? 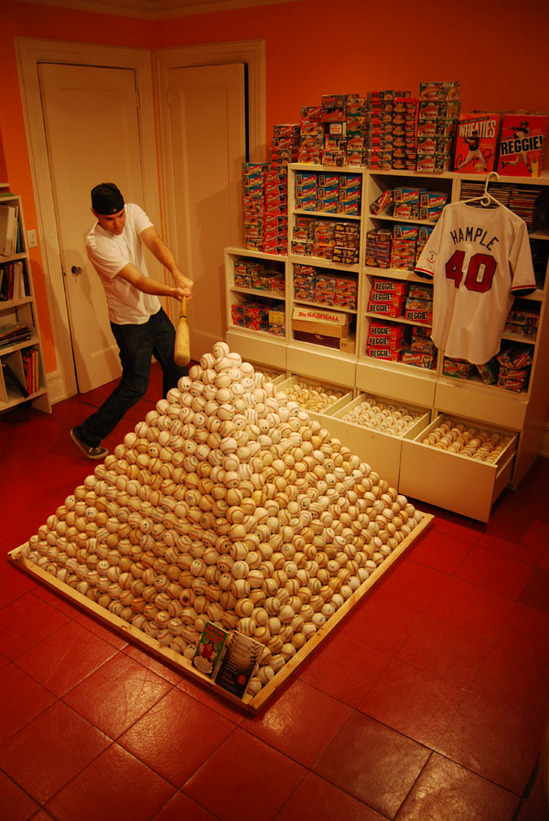 Here’s a photo that makes the pyramid look really tall: 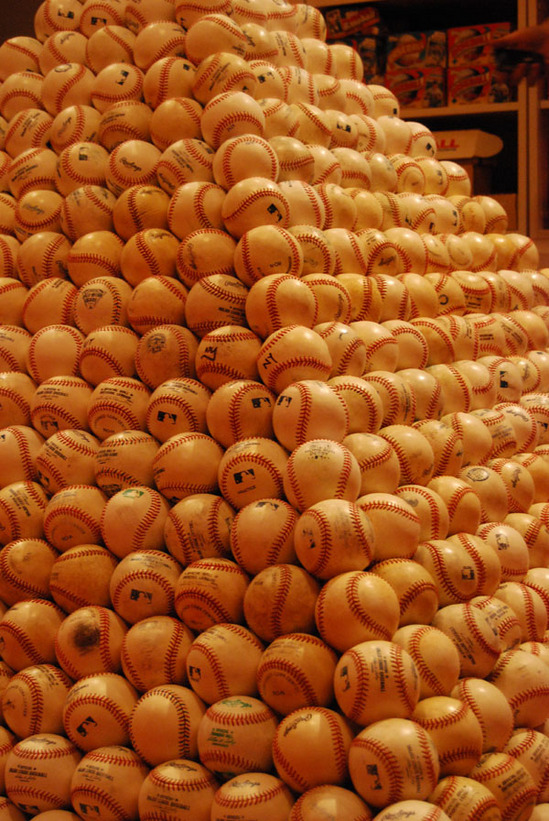 Here it is from above… 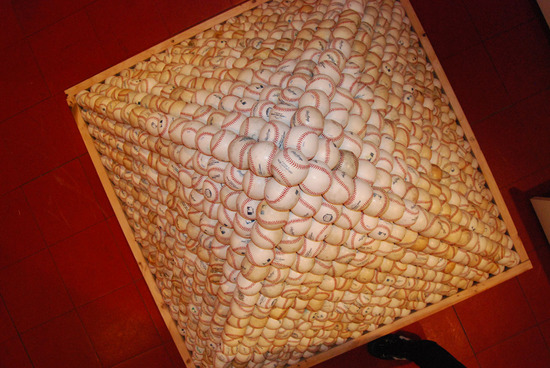 …and here it is from below:

Eventually I took a bunch of photos with my own camera. Here’s one…

And that’s pretty much it.

Total number of baseballs used in this pyramid: 2,870.

Don’t forget to send me your photos.