I meant to post this before the voting ended, but anyway, here it is…my 2007 All-Star ballot, punched out with ALL the players who’ve thrown me balls: 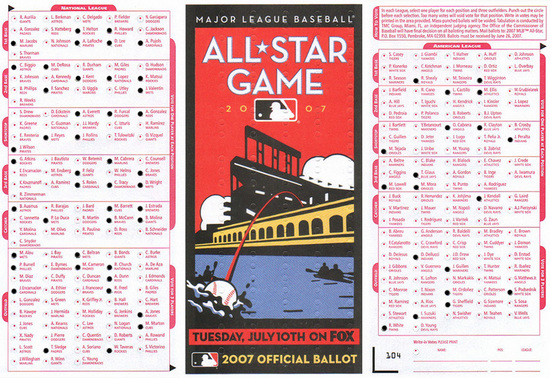 By narrowing down these players to the best at each position, my voting went like this:

My starting pitchers (if I could’ve voted for them) would be Jake Peavy and Josh Beckett. It would’ve been nice to have Big Papi, Jeter, A-Rod, and Pudge in the the AL lineup…but alas, they’ve never thrown me balls. For the complete list of guys who HAVE thrown me balls, click here.