I made my acting debut yesterday as “Gus the cabbie” in an independent film that my friend Carl (from “Inside Pitch“) has been working on. 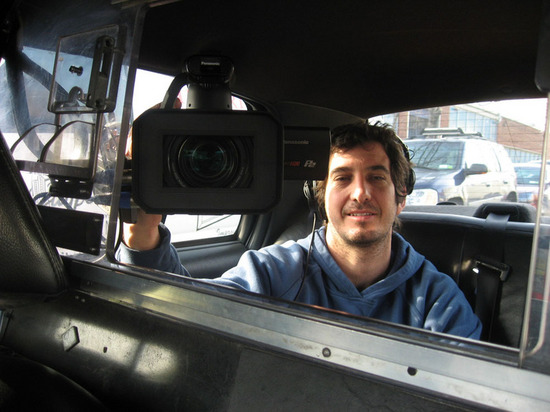 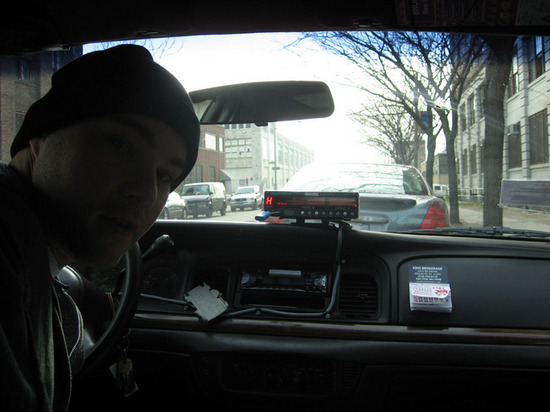 I had to be on location in an industrial neighborhood in Astoria, Queens at 7am, and to make matters worse, I had unexpectedly stayed at someone else’s place the night before…someone whom I’d met hours earlier at a holiday party…someone so attractive that my mind had trouble accepting the situation as reality…so I wasn’t too happy about setting the alarm for 5am and then having to crawl out of bed (with two hours of “sleep”) so I could cab home and grab the directions and eat and change into crappy clothes and cab out to Queens.

And then I was kept waiting for FOUR HOURS until my scene was ready to be shot.

At least I got paid. And at least I got free lunch. And at least I had extra time to memorize my lines. I had to say them while driving a cab (in actual traffic) while making eye contact with my passengers in the rear-view mirror while stopping the car at certain points. Not easy. But I think I pulled it off.

The film is called “Dirty Salsa” and it should be out next summer.